What was the first forum or Internet “list” you ever joined and why?

BBS boards on a 14K dial up modem which generously allowed you to download a 4K text doc in a whopping oh, say 6 hours.

Pretty soon there was Usenet. I think I joined either a Dutch Mac discussion group or the Deep Purple group.

audept said:
Same as me. I found the 2 Gretsch sites in 2010 just after I acquired my first Gretsch, a 6120-1959LTV. I was researching all about Gretsch. I had never been interested to join any forum before that.
Click to expand...

Right. I was just looking for info and got caught up in the camaraderie. Sites like this have a wealth of info.

I've looked at combo organ sites and still haven't found any info on British Bird organs. Being able to search online has been a treat. Found out that I had some Bill Lawrence pickups after 30+ years of trying to figure out where they came from. "Met" some great folks as well.

Music groups on Newsgroups during the dial-up days, along with the Steve Hoffman Music Corner forums. Long time ago.
Last edited: Aug 21, 2022

radd said:
For me it was the mid 90’s and I joined the Internet BMW riders list called the “Big list” back then. I had been riding for 30 yrs at that point and finely could afford a BMW. I purchased a BMW Pool Bike sight unseen through our local dealer. They are bikes that BMW kept at their stunning state of the art facility in SoCal for use by BMW executives when in town and for magazine test reports.

“The Big List”, dialup and only text ….But it was fun and I met some great people when we got together.

A music and gear site name of "Harmony Central" way back in the early interweb days at the turn a the millennium
Last edited: Aug 22, 2022

There was a fan site for Jaws that had a discussion forum, I think that was the first I joined

drmilktruck said:
I was very involved in a church and attended seminary for a few years, so I was active in a newsgroup discussing arcane theology late 90s-early 2000s. You don't want to get in between a Lutheran and a Catholic arguing over faith vs. works.
Click to expand...

I don’t think I joined any of those old online groups, but somehow remember downloading songs of chords and lyrics and tabs in ASCII from the original On-Line Guitar Archive OLGA, or maybe it was already a copy of the original. I still have some of those in an old music binder somewhere. A lot of that stuff came on line when I was in college and had university computers and email. Home access through their system was dial up and text terminal based like NCSA Telnet or Kermit. I had a 9600 baud modem for a while back then. My Dad had a 300 baud modem that had the mic and speaker receptacles for the telephone headset, so you could actually plug your phone onto it.

Update: I think it was the ftp site hosted at UNLV at the time, before they got shutdown.

radd said:
Highjacking my own thread….

Sorry to say that the pic is not my bike, just one I grabbed off the net. Mine looked that good when new but that was many years ago. The pic bike has aftermarket handlebars too. By the time I bought my two GL-1000s (in the 1990s) they were both fitted with the Vetter fairings, bags and top boxes and I stripped that stuff off to get them close to original. They were amazing bikes. 600+ pounds but lots of HP and torque.

Currently own my 2018 NC-750X that I bought new but I'll be 71 in a few weeks and don't care to ride much anymore. Haven't decided whether I'll sell it or ship it back to Ohio as a gift for my son. 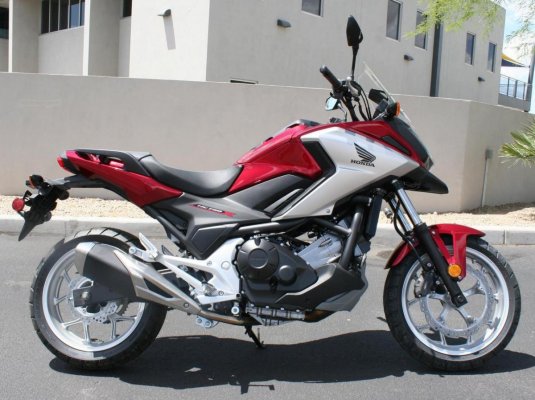 I used a site called FIREFLY in the mid-90s. It was kinda like myspace or facebook, but very slow and simple, except the fact that you had to know remedial HTML to post pictures etc. Also, nobody posted pics of themselves cuz that tech was hard to come by in those days. And dial-up internet made the whole process slow and often aggravating.

1999-2010 I spent basically no time on the internet cuz I was busy being a wild man, sowing my oats while bent on self-destruction.

I joined facebook in late 2010, but quit in early 2011 because it felt weird and gross. I have done some time with instagram off and on, but that can be another sewer.

Currently, I am a member of a few other guitar forums, but they’re not as great as GT.
If it weren’t for GT, I’d probably have zero web-presence.
I like it here.

I'm trying hard to remember. But I think it was a site called The Mudcat Cafe back in the '90s. It was a folk music interest site, and had a massive database of lyrics and midi files. It's still around. It seems to have migrated over to Facebook.

drmilktruck said:
I was very involved in a church and attended seminary for a few years, so I was active in a newsgroup discussing arcane theology late 90s-early 2000s. You don't want to get in between a Lutheran and a Catholic arguing over faith vs. works.
Click to expand...

Look up the Emo Phillips story about the suicidal guy on the bridge.

TapeOp for obvious reasons given the nature of this forum. The only two I’ve ever joined.

drmilktruck said:
Minnesota Timberwolves mailing list. Season ticket holder, big fan in the 90s up to the KG trade in 2005. Have hope again.
Click to expand...

Mmmm… Gobert and KAT don’t seem an easy fit to me. AntMan though is a beast, I love him.

(Huge Sixers fan here, and I always loved KG. I like villains in basketball

I don't frequent often , but I'm a member of 2 other forums :

The first forum I joined was in 2009, it was a site for DIY stompboxes called, um, DIYstompboxes.

Really interesting to see how far the member's builds have come. The first ones were very rudimentary fuzz boxes built into Altoids tins and the like. Now, the guys are making digital doofahs with amazing housings, better than most of the big names.

Incidentally, it was where I first bumped into @hcsterg . His stompboxes were just as mind-bogglingly awesome as his amp builds.

The band discussion group. Made friends.

wabash slim said:
Look up the Emo Phillips story about the suicidal guy on the bridge.
Click to expand...

Maybe Best comedy bit about religion ever, sadly only a little exaggerated.

Hard to recall ... it definitely goes back to dial-up days. Early to mid 90's. Probably the Sonic Youth message board. OLGA was a big one too.

I remember using CompuServe as my service provider at the time. Anybody remember them?

They offered far less of their own online content compared to AOL, but provided much better access to the Usenet and ftp stuff. Which at the time, was where the real internet lived.

If you were "serious" about the internet back then, you wouldn't touch AOL with a 10-foot pole. It was strictly the "internet for amateurs"!

LoL! Sure was a long, long time ago!

My first and only forum to join was this one.
I was a lurker for some years before.
A member offered a used early version of the Nocturne Billy Brain and I joined to make contact.
You must log in or register to reply here.
Share:
Reddit Pinterest Tumblr WhatsApp Email Share Link