What movie/s scared the heck out of you when you were little?

Candyman for sure, still scares me and I’m 36

Being older than most of you mine are
- The Wizard Of Oz, it was fine until those darn flying monkeys made their appearance.
- The Birds

I don't seem to get truly "scared" by the average monster or horror movie. As a teenager, pretty much laughed my way thru stuff like The Excorcist and Amityville Horror. Thought they were total cheese.

But something rooted somewhere in a plausible reality? A really good suspense movie? That'll get me every time. And one of the best - and yeah, I first saw this as a kid - Robert Mitchum in Night of the Hunter. Mitchum plays a sociopathic serial killer bent on scoring a big pile of cash an old prison cellmate claims to have stashed. At risk are a widow and her two kids.

And being a kid myself at the time, scared the heck out of me!

The image below - Shelley Winter's corpse in the river - this thing stuck with me for years! 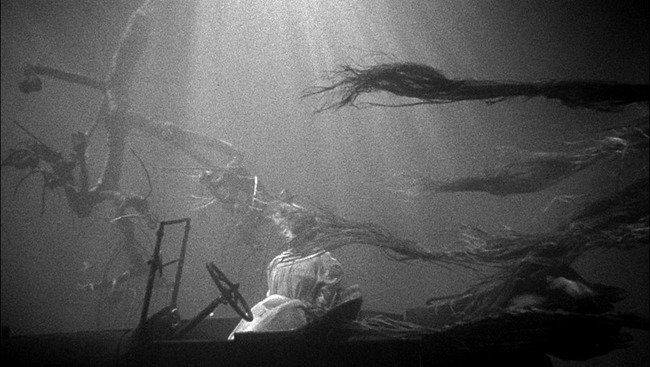 So did Mitchum's tattoos : "Love" and "Hate" across his hands. Commonplace these days, but highly weird in the early 60's. 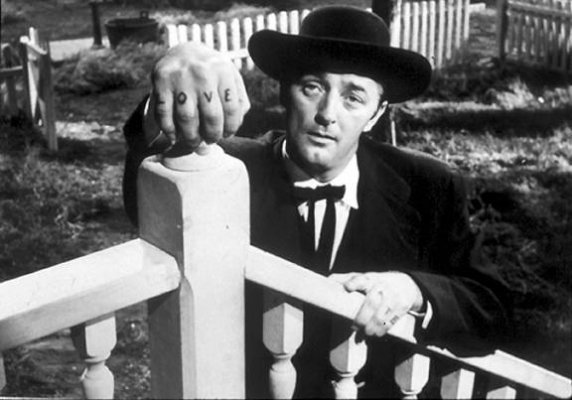 He was great in the original Cape Fear too - another noirish suspense classic that'll scare the bejesus out of you, and has a similar "pyscho after a family" plot. But I didn't see that until many, many years later, and even then, only after seeing the Robert DeNiro remake.

It was a twofer VHS tape we rented, the other movie was The Slayer. We got busted and weren't allowed to pickup our own movies anymore, we also rented Savage Streets with Linda Blair

The two devil kid movies really were (still are) creepy as hell. 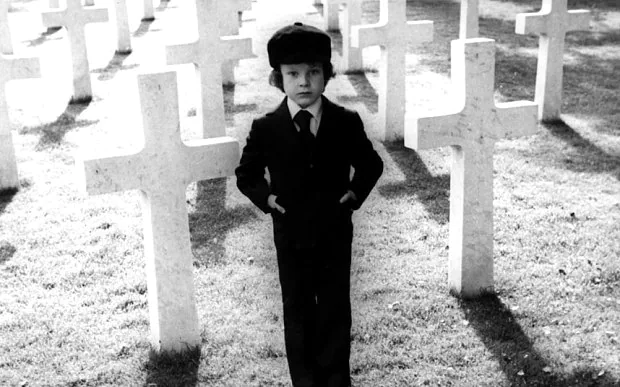 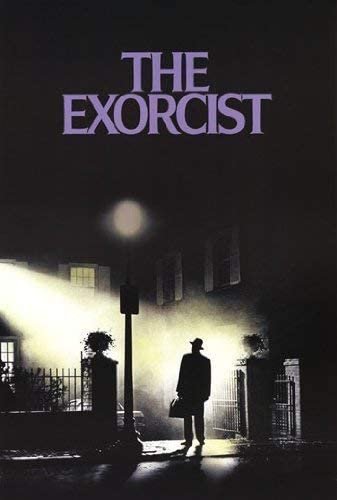 I was a little kid in the '80s and I wasn't exactly afraid of gore, but I had absolutely no tolerance for it. It's not something that haunted me, but I just couldn't watch it. And that was the heyday of gory movies. The thing that actually terrifies me is being trapped. Buried alive, etc.

I’m not a horror or splatter movie fan, I avoid them. There is enough in the daily news to scare me to death, give a movie that ends happily…Thank you very much.

I never got overly terrorized by any movies... probably didn't see any all that scary when I was little. But, I can certainly recall having nightmares after having a few of Grimm's fairy tales read to me as a pre-schooler. One child's ""moral story" (which a lot of fairy tales were) concerned Hobyahs. That one stuck for a long time.

Jaws. I remember standing in line with my mom and dad to see it. I wouldn’t go swimming the rest of that year.
For some reason horror doesn’t scare me. I know it’s not real, but sharks are real and even though they are not in swimming pools I still wouldn’t go swimming

radd said:
There is enough in the daily news to scare me to death,
Click to expand...

Good lord, how did I not think of that. For some reason, my parents thought it was a good idea to let me watch it with them when I was about five years old. It absolutely traumatized me and it took me years to get over it. I was terrified of water for a while. Driving over a bridge, I'd have to lie on the backseat floor. Being in a car wash was agony. I was convinced that even a puddle on the sidewalk might potentially be harboring a great white shark.

afire said:
. I was convinced that even a puddle on the sidewalk might potentially be harboring a great white shark.
Click to expand...

Puddles on sidewalks are not dangerous, it’s the cracks, they can break your mothers back…

wildeman said:
It was a twofer VHS tape we rented, the other movie was The Slayer. We got busted and weren't allowed to pickup our own movies anymore, we also rented Savage Streets with Linda Blair

radd said:
There is enough in the daily news to scare me to death,
Click to expand...

A friend used to get free movie tickets because his mom worked for a local newspaper so we went often. The flick that sticks in my mind was “The Tingler” with Vincent Price. Kept me awake at night for weeks!

JAWS is actually the correct answer to this. The reality of JAWS is real to anybody who has ever gone swimming in an ocean. There's little to no reality in most horror films, but JAWS...when you swim in an ocean, that monster could be right below you.