The pedal I can't live without

I luz me some good delay, compression, and reverb, but there is one pedal I decided I can't live without. It's not what I thought it would be, but I'm so addicted to it that my tone just flattens the instant I turn it off. It is the Boss FA-1 clone that I built a few years ago. It does magic things. It is best known for being used by The Edge for adding sparkle and jangle, but my playing style is about as far away from that as you can get. Clean or overdriven, this adds body but more importantly it adds something hard to describe....that pick attack 'chirp' that only the very best PAFs seem to get. Very musical and oh so satisfying. I don't know of anything else that gives you that type of attack dynamic. Heck, I may have to build another as a backup while the NOS parts are still available.

Mine is a BOSS EQ-200 10 band equalizer. I have equalization profiles in memory to roll off high frequencies, suppress lows to improve clarity, boost mids plus a secret profile for jazz. All of my guitars benefit from at least one of the profiles I saved. The pedal sits on top of my amp. I think of it as tone shaping on the input side.

Polytune. Remember back in the day when a band spent a half hour tuning for every hour of actual playing?

I "Need" 3 maybe 4. Core is Atomic brain and my Cali76 deluxe compressor. Lehle volume pedal is a practical need. Automatone preamp mk ii give me that last 5-10% that makes my sound my tone.

If I absolutely have to choose one then it’s my BOSS TU-3 tuner; however, since my Vox is totally dry with no reverb or tremolo the few pedals I have are all essential; reverb, tremolo, and delay.

Tuner not withstanding - Turbo Tuner is my favorite. But that aside, Diamond optical compressor.

I'm currently having a love affair with my Belle Starr but I'm also very enamored with my Pettyjohn PreDrive. Ask me tomorrrow -- could be the Flint or the Belle Epoch (oddly enough with the "trails" mode engages for that little sumpin' extra). And then again next week when the Beetronics Overhive arrives.

I have two that really like and use all the time. Strymon Flint and the Tech 21 Q Strip. For an ampless setup, I also really like the GFI Cabzeus Stereo— better than using IRs, IMO.

I also recently got an El Capistan and it has been a revelation for me as someone who has never really been into delay pedals. The subtle modulation you can dial in on the trails is just sublime.

Those pedals plus a Lightspeed, an EHX Freeze, and a Strobostomp are my whole board.

oneforsorrow said:
I'm currently having a love affair with my Belle Starr but I'm also very enamored with my Pettyjohn PreDrive. Ask me tomorrrow -- could be the Flint or the Belle Epoch (oddly enough with the "trails" mode engages for that little sumpin' extra). And then again next week when the Beetronics Overhive arrives.
Click to expand...

Any idea what that Belle Start based on? (IE, Blesbreaker? Tube Screamer?). I'm reading about it and it seems pretty cool and unique.

Didn't we just do one of these?

Utility - EHX Switchblade Pro.
Sound - This is such a tossup because they do different things, but I'm rarely not plugged into my Nocturne Marquesan or Catalinbread Dirty Little Secret Red.

Mystery brain with a thorpy peacekeeper in the loop 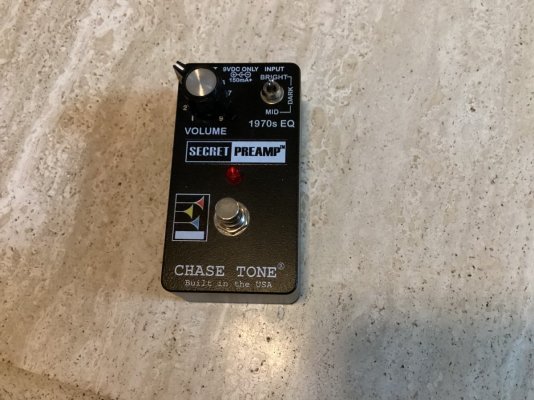 The pedal I can't live without​

If we only speak about pedal and consider an amp with integrated reverb, I'll say a Wah-Wah pedal for me.

Flint. Followed closely by the Dynacomp.

stevo said:
Any idea what that Belle Start based on? (IE, Blesbreaker? Tube Screamer?). I'm reading about it and it seems pretty cool and unique.
Click to expand...

As I understand it, it uses Mosfets to mimic the sound of a small amp cranked. I don't know if it's based on an existing circuit. I LOVE this pedal! It has a permanent place on my board. I tend to live on the neck pup of my guitars and I have it dialed in for the finger-picked songs in our catalog. It works really well for that in that it helps with the articulation of finger vs pick when I go back and forth. I've also played around with it for a standard OD sound. But in my current rig, I prefer it for the finger-picked stuff. I use a Pettyjohn PreDrive at the end of my board (not how it's designed to be used but it works for me) and I sometimes engage the "harmonic drive" circuit of that pedal. With the Belle Starr running into it, it adds another layer of complexity with a touch of furry warmth. 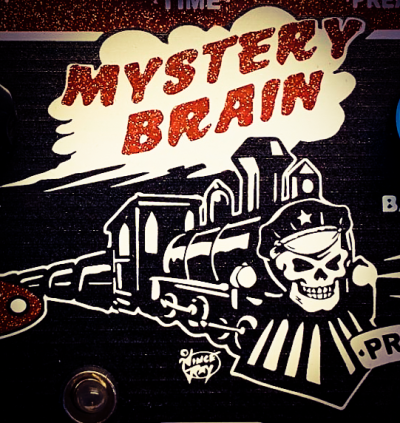