Well, I need another Gretsch like I need a hole in my head. But, hey, another hole in my head might come in handy, someday. Especially, when I just purchased from LA Miles, his 2020 6120 EC back in May.
This showed up on my local CL and he was looking to trade. I'm kinda new to trading, usually just buy outright, but I had an amp he was interested in. So, we scheduled a meeting and made the deal. I traded my Reinhardt MI-6 amp and cab (bought it in 2007) and $500.
Felt like it was a fair deal as I've not played it for sometime and I hate selling amps and have to ship them ( but it was a sweet amp)
When he brought the Gretsch over he had switched out the dice knobs, truss rod cover and removed the pickguard. He had the original parts so I put them back on. Not sure, yet, if I'll switch it back. It has a beautiful tiger striped top and back, leaning towards quilted (I'm a sucker for a pretty face). Here's some pics with a group shot of the others . Left to right: my 1958 Duo Jet, 1959 6120, 2020 6120EC, and 2004 Gretsch 6120SSU Setzer.
2004 Gretsch G6120SSU 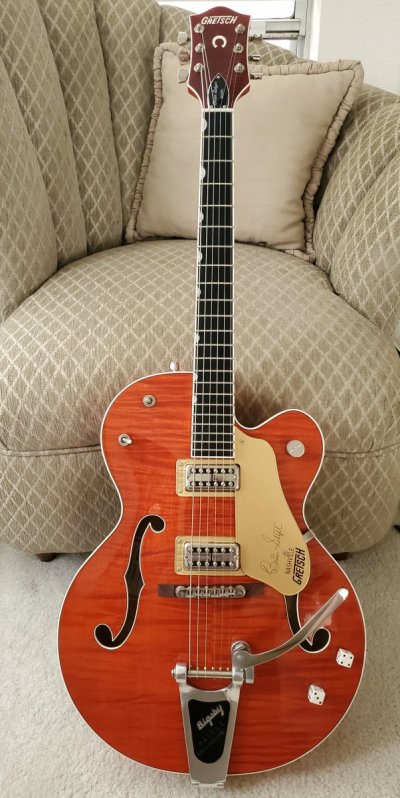 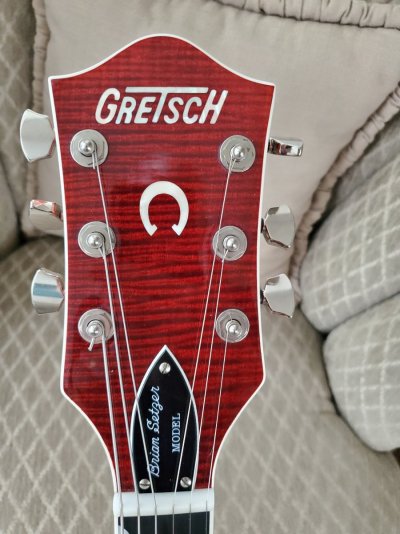 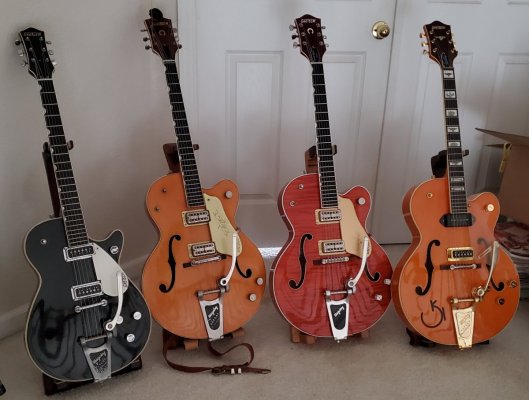 The Ancient Fraternal Organization of Rabid Enablers ensconced here cannot, and will not, stop you in this endeavor. You're on your own, kid.

MorphineNoir said:
I'll stop you if you stop me from buying a Gretsch Bobtail Resonator
Click to expand...

Sorry, you're on your own.

Beautiful! With that kind of finds, why would you stop? Makes no sense 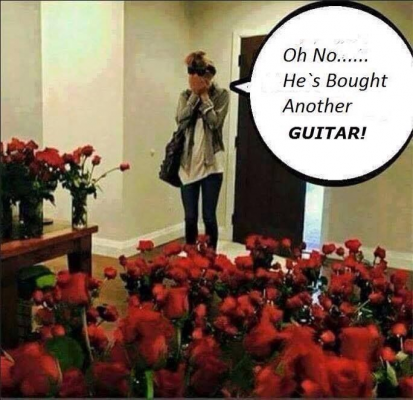 Congrats, nice trade! Stop you, why? You're on a roll!

Congrats nightbird,You can never have too many 6120s!

You have great taste in guitars.

Never ever fight GAS. If you can afford it, get it. You may tell yourself you don't have any need for a new guitar, but let's face it: We all need more guitars

Nice family you've got there, nightbird, especially with the newest addition!

Very nice trade you made. That is a beautiful new addition. Great looking Gretsch family portrait.
What kind of guitar stands are those?
L

Dana Rudd said:
Very nice trade you made. That is a beautiful new addition. Great looking Gretsch family portrait.
What kind of guitar stands are those?
Click to expand...

The stands were made by a woodworker in Denver named Dave Boykin. https://www.boykinpearce.com/aboutBPA.html
He made these for a friend of mine, who passed several years ago.
They were made at least 25 years ago. 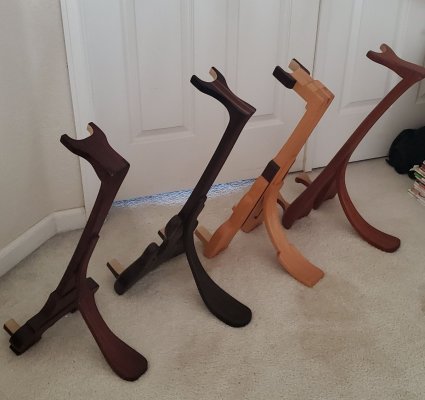 nightbird said:
The stands were made by a woodworker in Denver named Dave Boykin. https://www.boykinpearce.com/aboutBPA.html
He made these for a friend of mine, who passed several years ago.
They were made at least 25 years ago.

Godammit, they are beautifu!!