When these pastel colored Chicago Music Exchange exclusive jets showed up I was initially very excited. Single cut Electromatic Jets with no stinking B50 attached, what’s not to love? Soon after I quickly soured on them as I began to think that they got the hardware backwards. The shell pink one needed the gold hardware and the Daphne blue needed the chrome hardware. I toyed with the idea of getting one of each single cut and swapping the hardware, but fortunately never got around to adding that particular guitar project onto the pile of other projects that I’m not getting through. Decided I was over it and stopped caring.

Recently I started eyeing a used shell pink example that was at a GC in Washington state. I’ve never had a pink guitar, so after I got over that I started to look objectively at it. Preferring the chrome hardware I was feeling that it was pretty close, but there was something that was missing about the color on this one. I soon realized that it was the silver pickguard and the black truss rod cover that was screwing up the color palette. Did a simulation with both of those in White and realized that was the trick and I was in! Dropped it on the gear card for the 45 day, $22 GC try out and after a cross country hike to the Atlanta area I was able to pick it up yesterday.

I must say I’m very impressed with it. I’m not dead sure that I’m going to keep it, but if I was going to get one of these, this is a prime example. It’s in basically new condition and the fretboard on this thing is nice and dark. That’s the thing that really bugged me about buying one of these new from CME. I would have to buy it sight unseen and wouldn’t have any idea what the fretboard would be like until it was too late. This used opportunity at GC was the first example I had seen that looked like it would have the proper dark fretboard. A lighter brown board woulda just screwed it all up for me.

PS - The jury is out on whether the standard silver pickup rings are going to work or if it’s going to need white ones. 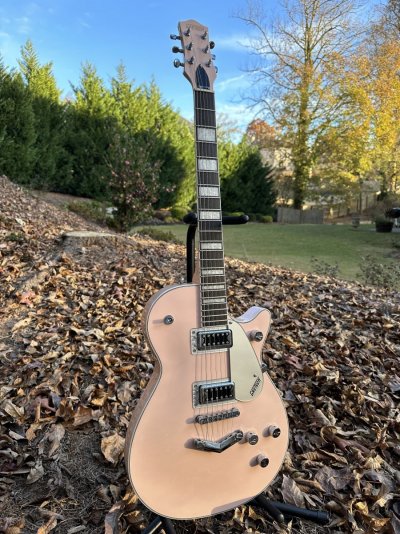 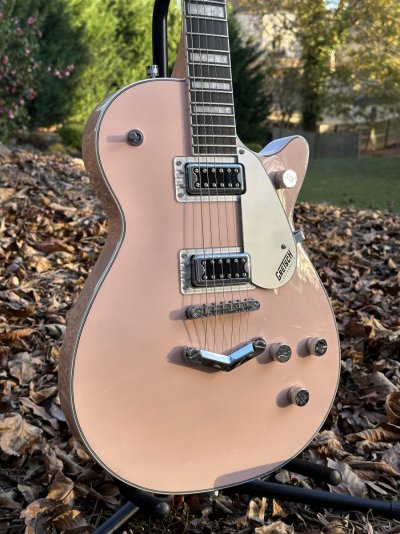 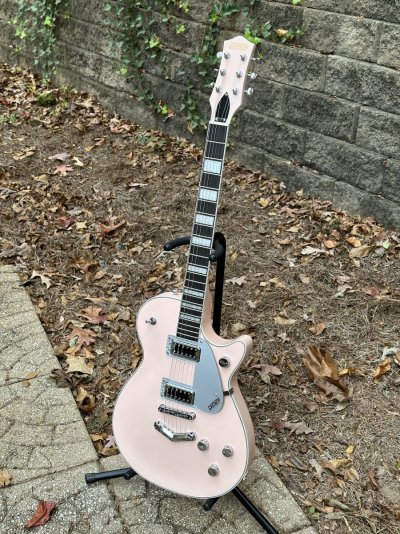 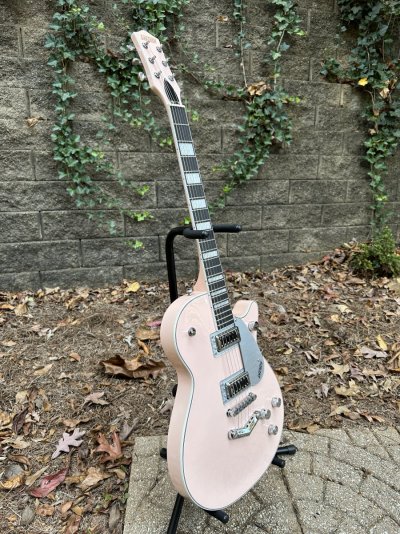 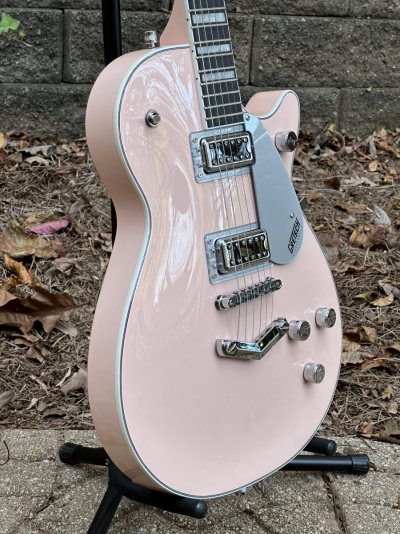 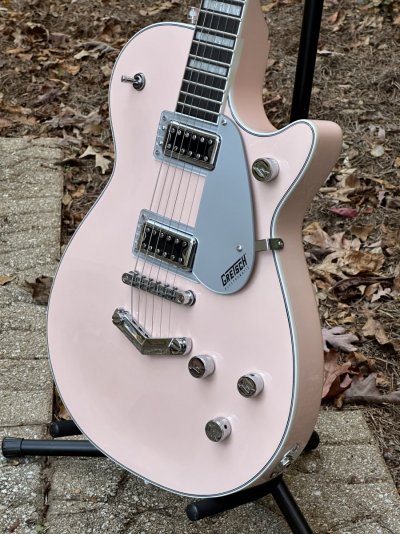 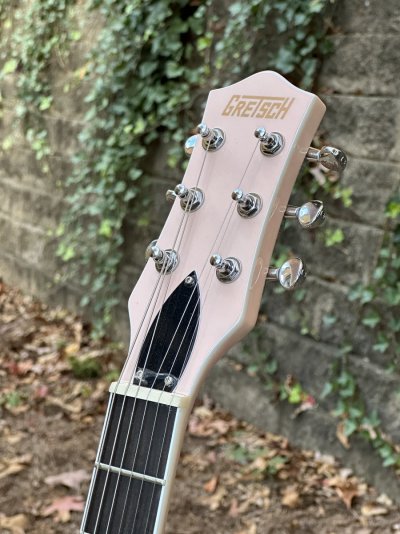 Pickup at the store 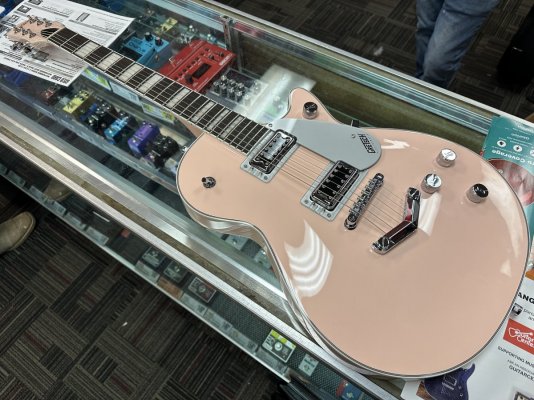 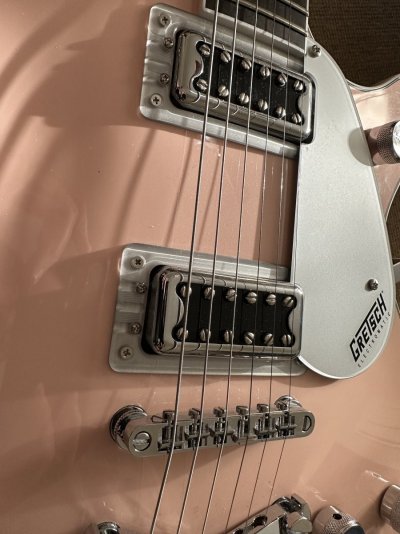 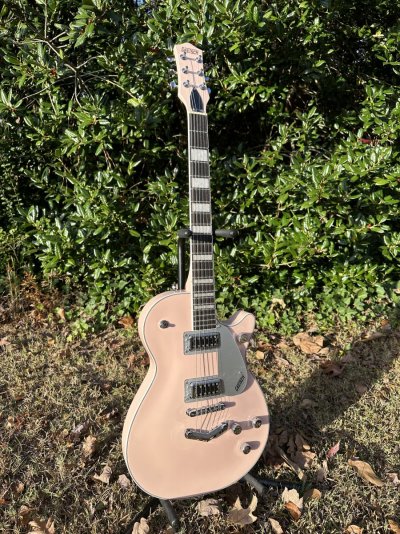 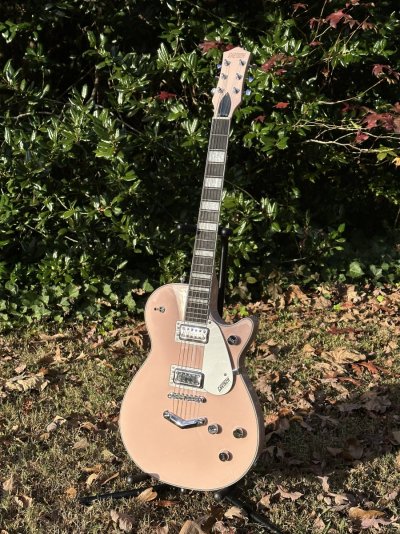 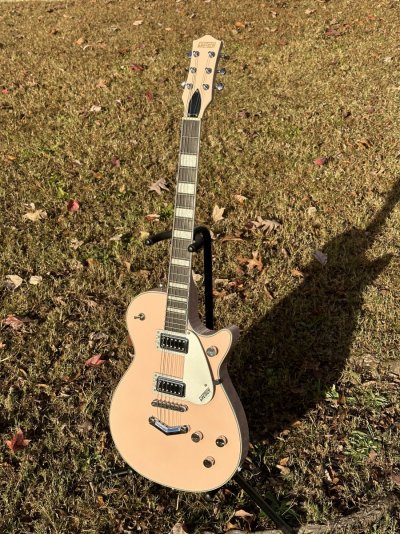 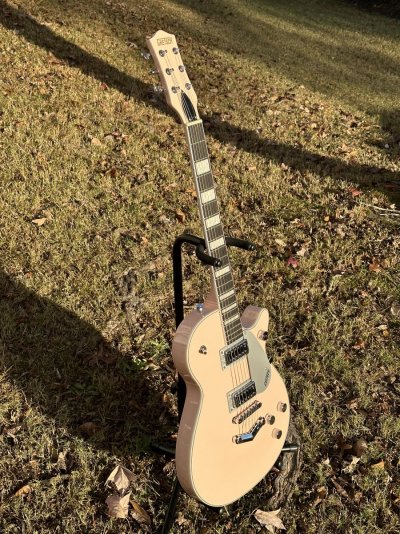 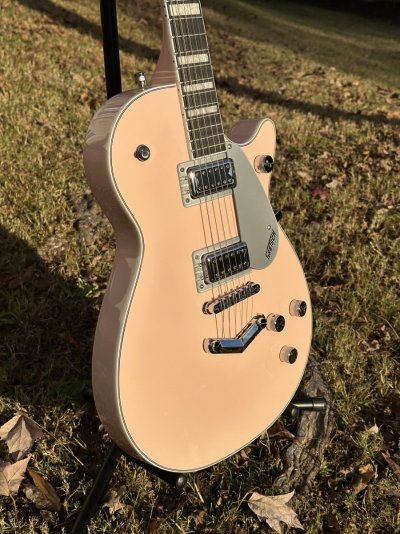 Congrats on your acquisition of "Pinky".

I like the white, but either way she's a looker.

Love me some Shell Pink. Congrats

I’m currently in love with pink. This guitar looks amazing! Hit me up if you decide to sell it. I could meet you at the Big Chicken.

Congrats, I have one of these too, I ordered it as soon as they released the pre order to have it for my daughter, IMO they look great in person and plays really good too. CME did well I think.

I li it too... and it's going to look even better with the white PG and TRC!

You might have to name it Mary Kay. I mean, you are making purely cosmetic changes.

That looks fabulous. Great contrast with the fingerboard. Congrats.

Lovely. Very vintage looking, if you ask me.
I shouldn't have sold my 5220. The only problem it had is that I really wanted a Duo Jet and it couldn't compete. But this guitars have a story on their own.
Enjoy!

stiv said:
Lovely. Very vintage looking, if you ask me.
I shouldn't have sold my 5220. The only problem it had is that I really wanted a Duo Jet and it couldn't compete. But this guitars have a story on their own.
Enjoy!
Click to expand...

Yeah we all have those “The One That Got Away” stories. I definitely have a few myself.