Do you still have “the one”?

I had one just like that, mine was a Lyle i gave to my friend, he still plays it.

Around 17-18 years old, took the bus to downtown San Jose to buy my first electric guitar, didn't know nuthin, knew i wanted a Gibson, picked a good'un i think, turned out to be a '61 SG Les Paul Jr. 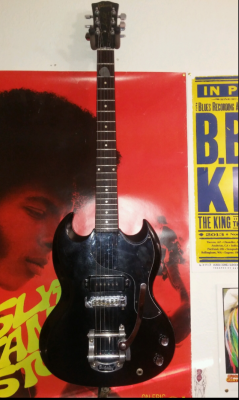 its a straight up Rocker.
B

gtttrrr said:
View attachment 173200
I Have that one! Grandpas…. Now set high for slide! Love the grungy pickups when driven
Click to expand...

Wondering what mod that is? Love the raygun vibe

Byron said:
Wondering what mod that is? Love the raygun vibe
Click to expand...

That’s all stock, no Mods..

Ricochet said:
Still have the One, but retired it after 20 years. Thin wide necks don’t agree with me anymore and I moved on. 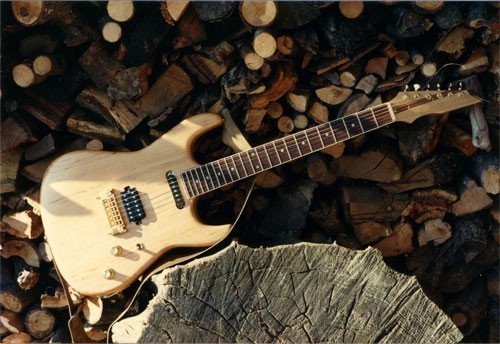 Very cool.
Until I got my ESP LTD PS-1000 earlier this year, I wasn't aware of the "set-through" neck. Bolt on, set neck, neck through, sure. Set-through, huh? How far into the body does your neck go? Past the bridge?
ESP makes a bunch of guitars with set-through necks, but I haven't been able to find out how long their necks are.

I don't still have "the one". It was a 1966 Fender Jaguar. Lake Placid Blue with matching headstock. I hated the pickup switches, and I really hated the bridge. I was glad when I sold it forty years ago, but I kinda wish I had kept it.
Last edited: Sep 22, 2022

Ooh! Cool thread to return to. My first guitar was a horror of a thing, identical to first picture. My devious friend, it turned out, sold me his brother's guitar while his brother was away at college. Apparently they still speak to each other. I've elsewhere described it as sounding like an asthmatic banjo. That's probably too kind. It's like they took everything that makes a guitar tone pleasant and replaced it with pure suck. So as soon as I got my first real guitar, I traded it away like a moron. Wish I had it now.

My first real guitar, an MIJ Strat, was bought with high-school graduation money, and I don't think my parents ever forgave me. I think I was supposed to invest it or something. But now this Strat is worth much more than I paid for it, so who's laughing now?!?

The Strat had a white pickguard and knobs until a few years ago. 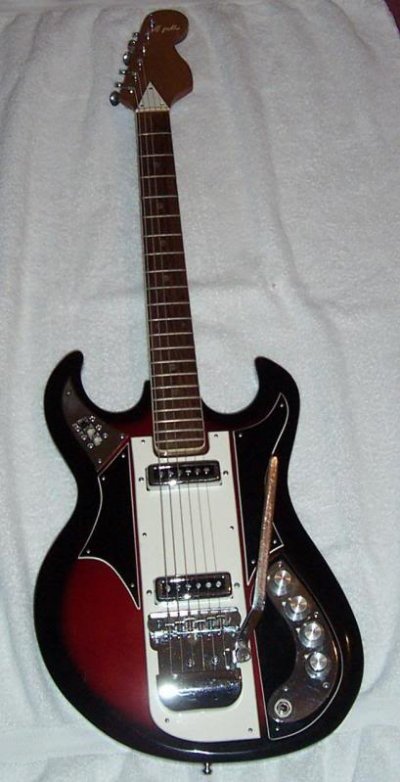 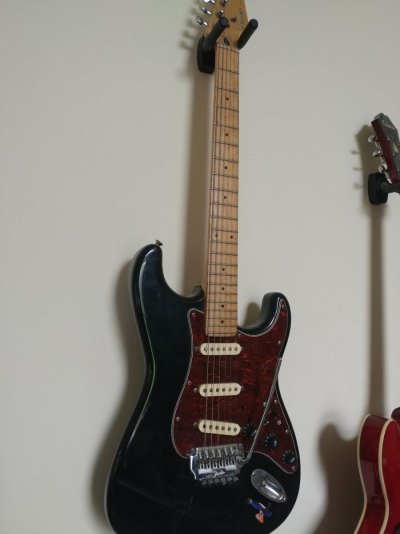 I got a Silvertone amp-in-case single pickup Dano for Christmas '63. I learned a half dozen chords but wound up selling it and some other gear to fund a Hammond B-3 a couple of years later.
The guitar I really learned on is a cheap Voxton flat top acoustic I got for a birthday present while I was in the USAF. Still have it. It's got over a million miles on it in commercial and military aircraft---and looks it. It was easier to carry (with a suitcase and dufflebag) than a keyboard.

All Thumbs said:
Until I got my ESP LTD PS-1000 earlier this year, I wasn't aware of the "set-through" neck. How far into the body does your neck go? Past the bridge?
ESP makes a bunch of guitars with set-through necks, but I haven't been able to find out how long their necks are.

Ha, I didn't even know this existed. I just made it up ermm...35 years ago.
The neck is "full depth" until the end of the fretboard. Then runs (through) the entire body at half depth.
Looking from the back it's like a regular neck-through, but it isn't. From the front you can't tell anything. My simplistic theory was to get more character from the body wood. Not sure it worked, I only made one so have nothing to compare it to.

Still looking for “the one” I guess; Pretty much have discarded the idea after selling my EJ signature Strat and my Yaron Strat. I purchased each with the expectation that they would be “the one”.

The closest I ever had was a Forest Green G&L Legacy that saw me through all of my 15 or so band years and once survived a shot put toss across a bar when my equipment set me off one night. Hardly a nick after hitting the concrete floor. What a fortunate fool.

It must have weighed close to 10Lbs. I gifted it to my cousin when we moved to the Big Island and I have never regretted it. I am not so very sentimental about inanimate objects it seems.

If I ever find “the one” now it will be by happenstance. I’m just looking for some nice lightweight samples of each of the major food groups.

I don’t suspect there will be much major gear buying in my future but i hope I’m wrong. Survived some pretty close calls over the last few years on many fronts and in my life this year feels like I’m in the calm eye of the hurricane.

Just going to enjoy this peaceful easy time as long as it lasts.

englishman said:
I wish I did have my 1974 Telecaster, probably mentioned this before.. I started using a Gibson 330 on stage and suddenly someone showed up at my door to buy my Tele, It really wasn't for sale but this guy was like one of those window salesmen that you really regret letting into your house, before I knew it he had talked me out of the tele (I forget how much for) and he was gone. I was was young and dumb and was left standing there dazed.

Is that a young Jimmy Page? 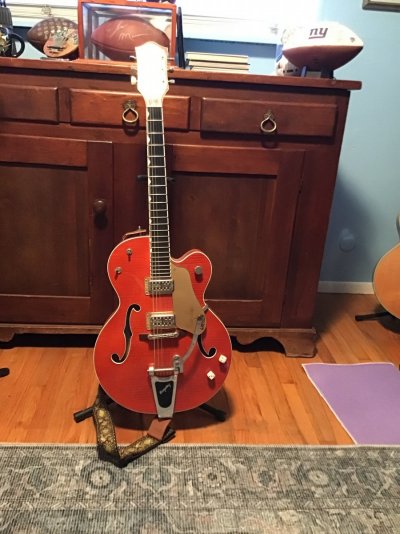 along with a tube amp. All of a sudden I had a sound that blew me away.
Never enjoyed playing acoustic guitars and then I got this. 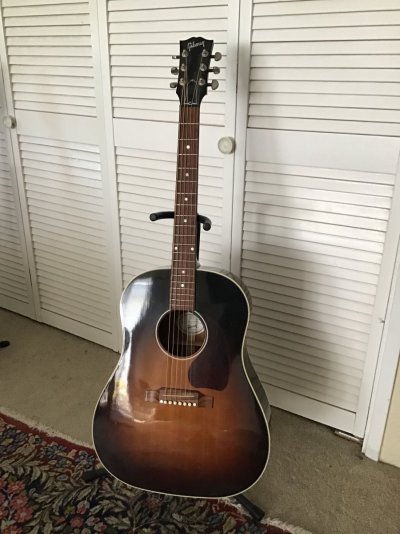 It’s amazing what exceptional gear can do for your sound. It’s been a great hobby for the last ten years.

I learned my first few chords from Mr DeLuca at the YMCA... there were about fifteen of us in the room lol. I only lasted about five weeks. The guitar was a Harmony Stella parlor sized guitar ( 1967 I think, I was a tiny kid back then).
I played that guitar for about 8 years - mostly Johnny Cash tunes - until I heard Earl Scruggs play. Then I was mostly banjo with occasional guitar playing. My parents or sister got rid of it when they moved from Pittsburgh to Alabama.
My first electric was a Fender Stratocaster which I still have but rarely play... I'd rather play Gretsch of course.

By the age of 16 I had already established a pattern of flipping guitars and moving on to the next best thing that would last well into my adult life. I was probably 10 guitars away from my first by the age of 20, and 30 guitars or more away by the age of 30.
L